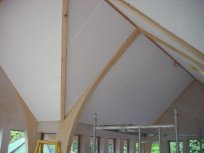 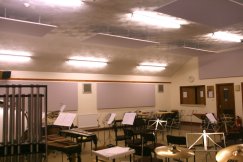 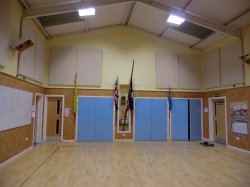 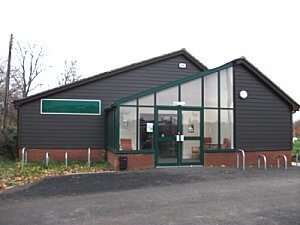 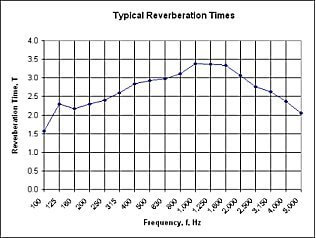 Community Village Halls can often be used as multi-purpose spaces but more often than not they are built with no consideration for the internal acoustics. We have tested some spaces where their use for children’s clubs was untenable due to the excessive noise build-up within the space. This type of community space may be used for sports activities, clubs, film shows, dances, discos, concerts and presentations, etc. Each of these activities ideally requires specialist design but in most cases this would not be affordable. It would therefore be wise to at least design these spaces for speech requirements, as these are slightly more critical.

More often than not the reverberation time in village halls can be higher than 4.0 seconds at 1kHz when it should really be in the region of around 1.0 second for speech and around 1.5 seconds for music. With a 4-second reverberation time speech intelligibility will be almost non-existent and the reverberant sound pressure levels within a space full of children would be almost unbearable. It would certainly be higher than the Noise at Work regulations would allow, without hearing protection, for a prolonged period of time.

The graph above shows measured one-third-octave band reverberation times for a village hall that had a volume of only 400m³.

As can be seen, the average mid-frequency, Tmf, decay time is around 3 seconds whilst the peak at 1kHz is 3.5 seconds. This is rather excessive and will lead to a build up of noise energy within the space. This in turn will make speech intelligibility extremely poor as well as causing the people using the space to raise their voices louder and louder to try and be heard. 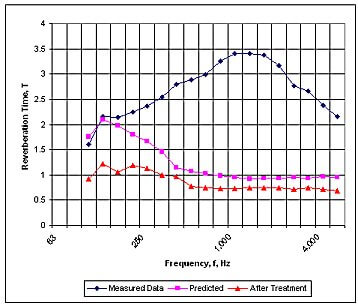 The second graph shows our predicted reverberation time after acoustic treatment against actual measurements after installation. We actually compared several different reverberation time formulas and, as is shown, the calculations we made were extremely accurate down to about 500Hz. The panels eventually used were only 30mm thick and at this depth their test data started to roll off in the 500Hz band but the actual end result was far better than predicted below 500Hz.

In this particular application, with careful panel placement and design, we managed to use only 50m² which, considering the volume and total surface area of the space, is impressive.

Other Design Points to Consider

Community halls usually have a level floor which means that direct sound from a stage will tend to get attenuated as it passes over a seated audience. The deeper the rows the more the attenuation. Stage end reflections will help to reinforce the sound as will angled reflectors, diffusers and acoustic shells. It therefore follows that a wide stage within a wide hall with a shallow seating depth is better than a long thin hall with deep seating unless raked or tiered seating is installed.

Larger halls may require stage speakers but in the event of amplified music the building envelope should be designed to provide adequate sound insulation so as not to cause annoyance to local residents.

There are no products to list in this category.
Continue